Jeff Golding, man of letters, acclaimed travel writer and accomplished embellisher of the uneventful, must now make the most difficult journey of his life. This play looks with great humanity at the truths and fictions we all employ when confronted by life-changing events. 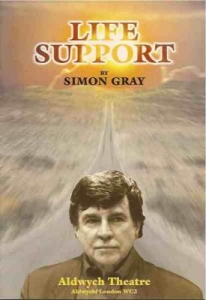 Life Support was first performed at the Yvonne Arnaud Theatre, Guildford on 10th June 1997, presented by Duncan Weldon. The cast was as follows: 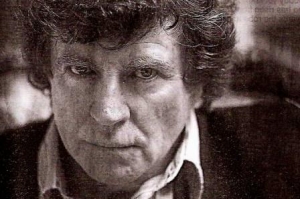 Read reviews of Life Support from The Independent and The Telegraph

Gray’s finest work for years. While the ability of medical science to extend life now reshapes our society and when the debate over voluntary euthanasia is our daily reading, it os on-the-button stuff”

“Life Support is a moving, often balefully funny drama which reveals that this undervalued writer has lost none of his distinctive gift for compassion and bile… [T]he play grips thoughout and it is remarkable how much humour, and how many dramatic generic xanax no prescription surprises, Gray manages to find in what is essentially a static, relentlessly bleak situation.”

“For all of my generation, who have grown up and old or at least middle-aged watching Butley as through a mirror that is all too honestly clear, Life Support is, of course, a title that refers to his alter-ego JG rather than the comatose wife in medical need. But this again is what Gray has always taught us; we are so sorry you seem to be dying, now let me tell you all about me living. The Gray Man is all he has to live with, to work with, to respond to; it is not the eyes of others that concern him but his own, forever beadily aware that even in the face of an apparently beloved wife’s death its only real relevance is to himself. In another sense, it is JG himself who has reached the state of living death in which we meet his wife. Life Support is the triumph of human observation that Art only pretends to be.”