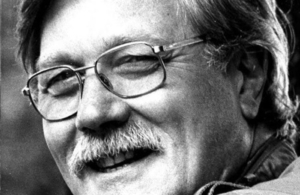 We lament the loss and celebrate the work of Christopher Morahan who died on the 7th April 2017. He directed SG’s works for both stage and screen—including Melon (1987) starring Alan Bates; the 1992 film of the play The Common Pursuit; the TV films Unnatural Pursuits (1993)– the film from The Early Diaries,  Old Flames (1990) and the Prix Italia winning After Pilkington 1987. He was recorded in conversation with Colin Maccabe for the SG website in 2010.