In 1975 Simon Gray wrote a play called Otherwise Engaged about a man (Simon Hench) who tries to keep the world at bay by pretending it doesn’t really exist. The world nevertheless keeps coming at him, in the form of his brother, his lodger, and his wife, demanding of him explanations of his brotherhood, his landlordhood, his husbandhood. In other words, all those closest to him require an explanation for his existence. In 1996 Simon Gray wrote a sequel, in which he explores how Simon Hench responds to the catastrophes and absurdities of his life a quarter century on, when explanations are still being required. 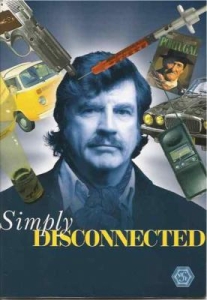 Simply Disconnected was first performed at the Minerva Theatre, Chichester, on 10th May 1996, with the following cast:

“Inevitably Simply Disconnected invites comparisons with Osborne’s Déjà Vu, “Alanin which the old bruiser returned to the characters of Look Back in Anger. But while Osborne’s drama seemed like the last embittered, self-accusatory howl of a dramatist who had run out of steam, Gray comes across as a writer still at the top of his form… The writing is often mordantly buy generic xanax no prescription funny – few dramatists are better than Gray at dialogue which twists the knife in old wounds… Superficially, Simply Disconnected resembles an old-fashioned comedy of middle-class manners. But thanks to Gray’s baleful eye, keen ear and a compassion so discreet you might miss it altogether, it is a work that cuts painfully deep.”

“The sequel, they used to say in Hollywood, is never as good as the original. In the case of Simon Gray’s Simply Disconnected, it is actually better… Gray’s point, in the words of the old hymn, is “change and decay in all I see” – his characters, however buoyant they may seem, have been warped and corroded by time…. [T]he moving feature of Gray’s play is its recognition that we are all the victims of our actions and that the whirligig of time brings in its cruel revenges.”

Michael Billington, The Guardian, May 14th 1996

Simply Disconnected is now available as a Faber Contemporary Classic in Simon Gray: Plays 2. To order a copy on special offer at 25% discount please contact Faber using code GRAYPLAYS. Or check out the plays section of our bookshop.

Simply Disconnected is published in the following edition: